Who Was The Beautiful Stranger? 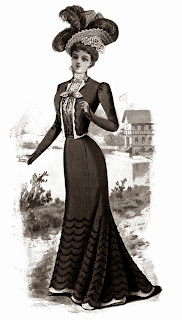 Coronado Island is a picturesque and amazing spot on the San Diego bay, that tourists flock to by the millions every year. Whether you enter this small piece of heaven via the Coronado Bridge or by driving up the good old "Silver Strand", one thing is for certain- you will never forget the majestic beauty when you see the grand architecture of the famous Hotel Del Coronado, the most exquisite structure there.


Setting of the Story

The story I am about to tell you, (and trust me it's going to take several blogs to do this), takes place at the Hotel Del Coronado, towards the turn of the Century, in fact the year was 1892. I actually stumbled upon this story in an old newspaper archive while searching for another story. I felt drawn to this story after reading the first news article about it, and after realizing how this story has perplexed many over the last 100 years or more, I felt that I should try my hand at this mystery and see what I could find. Many will probably disagree with my findings, however, we should always first state the facts and the evidence when researching or writing about history. One should never put their own speculations or opinions ahead of the facts. I am going to present to you the facts of the case, the proof I found or the facts I have to discredit other "theories" of this story. Then once you are fully educated in this story, you can make your own opinion on the story.

After buckling down for a terrible storm that had swept through San Diego, engulfing the small island of Coronado, no one was to know the real storm of events that would take place the following morning.  It was November 29th, 1892 and Mr. David Cone, one of the electricians of the Hotel Del Coronado, came upon a ghastly sight while making his rounds at 7:30 a.m.

While trimming the electric lights, Cone discovered the corpse of a lady who had been a recent guest at the hotel. She appeared to have a bullet wound through her right temple, so immediately it was assumed that her death was self-inflicted. Although her death proved to be the end of the line for her, the mystery surrounding her death proved to be just beginning. Nearly 121 years later and no one has really been able to prove beyond a shadow of a doubt who, in fact, this lady really was.

Just who was this "Beautiful Stranger" as the newspapers would later name her? Why and how did she die? Was she murdered? Or could it have been a suicide? There were so many questions at the time, and so many of them have still remained unanswered even to this day.

According to the Coroner's Inquest report, upon discovering the woman's body, the electrician noticed a pistol next to her body and a pool of blood. "There was a large pistol lying at the right hand side of the body," stated Cone, in the Coroner's Inquest report.  The gardener, F.W. Koeppen's sworn testimony stated the same information, that the woman's body was found "laying along the steps in a sitting position, and after being dead, dropped over on the stairway." He also stated that he "noticed the pistol lying on one side."  The electrician stated that when he had went to fetch help, he ran into the gardener. Curious about the discovery, the gardener went back with the electrician to view the body, then they both separated, going different directions around the hotel in order to notify the hotel clerk of the discovery.

The clerk for the hotel, Mr. Gomer viewed the body, realizing that she appeared to be a female guest of the hotel, Mrs. Lottie A Bernard. He then instructed the gardener to cover her body with tarpaulin so that other guests would not see her, while he called upon the Deputy Coroner and the undertakers at Johnson's & Company to further address the situation. When Deputy Coroner Stetson arrived he immediately looked over the corpse. He ascertained that she had been dead for about six or seven hours given the condition she was in. It was the Coroner who removed the pistol from the ground and collected it as evidence for further inquiry. As the undertakers came and removed the woman's body from the hotel, they placed her in a receiving box to take back to San Diego at Johnson's & Company mortuary.

The Coroner then went to room 302, where she had been staying to investigate there. Upon entering her room he realized that the bed had not been slept in. In the Coroner's Inquest he was quoted stating,
"I found that valise, and on the table I found this envelope she had addressed... Denman Thompson, the Old Homestead. And "Frank" is written here four times, and "Lottie Anderson Bernard," and "Mrs. Lottie Bernard," "Lottie Anderson Bernard, Detroit," and then on this paper I found "I merely heard of that man, I do not know him." Here is an invitation — here is an invitation to the Hotel del Coronado, signed by Louise Leslie Carter and Lillian Russell." He went on to say, "She had a purse on her person, that contained $16.50, and there was a little ring in the purse, a plain ring, and the key to her valise**."

Among the other things mentioned were some handkerchiefs that were stitched with what appeared to read "Little Anderson," along with her night dress hanging in the closet and a hat on the mantle. A bottle of Brandy, a penknife, a bottle of camphor, some quinine pills and a wrapped up paper with the writings that said "If this doesn't relieve you, you better send for the doctor," which was signed Druggist.

(**One thing I find interesting here is the fact that nowhere in the copy of the Coroner's Inquest report do they mention if anything was found in the valise.)

The staff then needed to figure out who to notify of this young lady's death, and see to it that the proper identification of the body be made. But they weren't even sure who she was, so how would they do this? The Coroner had his job to do, that was to figure out exactly how and why she died. To gather up witnesses and evidence and determine what occurred in the evening of  November 28th and in the early morning hours of November 29th, 1892.

With so very little to go on, it seemed that the more they looked into this woman's life, the less and less they could really say about her. They had to go back, back to when she arrived and try to remember any detail they could about her, where she came, and what she said to others about herself in order to figure out just who was Lottie Bernard, the Beautiful Stranger?

To find out more about the history of this intriguing case, and read all of my research and findings, please read "Stories of the Forgotten: Infamous, Famous & Unremembered."

UPDATE: 10/17/2016 -- My latest book, "Stories of the Forgotten: Infamous, Famous & Unremembered" is now available via Amazon, and features an even more in depth look at this story. Don't forget to purchase your copy today!

Thank you for stopping by my blog!---